Finger Labs, a subsidiary of FSN, signed a strategic partnership with LINE NEXT

Cooperation with the global NFT platform 'DOSI' to popularize NFT 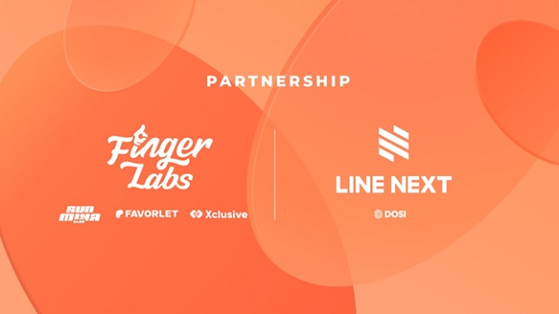 Finger Labs, a blockchain-specialized subsidiary of FSN, announced that it had signed a strategic partnership with LINE NEXT for blockchain business.

Through this agreement, the two companies plan to try various collaborations by taking advantage of their ecosystem and know-how, and based on this, they plan to work together for the development and popularization(mass adaptation) of NFTs. As part of this, the IP of 'Favor Alliance' operated by Finger Labs and 'DOSI Citizen', an NFT-based membership service of LINE NEXT, will be collaborated.

LINE NEXT is a corporation dedicated to LINE's NFT platform business, established to build a global NFT and Web 3.0 ecosystem. Last year, it drew attention by launching a beta version of the NFT platform 'DOSI' in 180 countries. DOSI consists of 'DOSI store', a brand store where companies and brands can sell NFTs, NFT wallet 'DOSI Wallet', and NFT-based membership 'DOSI Citizen'.

DOSI, which was released with a focus on popularization of Web 3.0, is rapidly gaining global competitiveness. It provides services in a total of nine languages, including Korean and English, and has diversified login support services such as Line, Facebook, Google, and Naver. In addition, it provides various payment methods such as credit card, NAVER pay, Ethereum(ETH), and achieved 600,000 wallet users and more than 60,000 cumulative transactions within 3 months of the beta version launch, and among global NFT platforms, it is growing rapidly by accelerating the expansion of the NFT ecosystem, such as ranking third in terms of Ethereum gas cost(fee) expenditure.

Finger Labs is expanding the NFT ecosystem by establishing a tokenomics 'Favor Alliance' with offline companies and other NFT projects that want to participate in the metaverse based on their blockchain service. Recently, it received investment from Innocus Global, the operator of Fellaz, and its NFT wallet 'Favorlet' is actively entering the offline market, being selected as the official NFT wallet for 'Ultra Music Festival in Abu Dhabi'.

Kim Dong-hoon, CEO of Finger Labs, said, “As DOSI is a platform that is rapidly securing global competitiveness and striving to popularize the NFT industry, we expect that it will be possible to connect in various ways with our NFT project.” We are planning to expand the online and offline NFT ecosystem and accelerate our entry into the global market.”