Wave Company, a sports tech start-up that runs “WaveWear”, an innovative sportswear brand that implements kinesiology taping with its new material of wave-shaped bio-silicone that maintains stickiness even when washing, said it has developed a new conductive silicone material called “ElecSil, the Electronic Silicone.” 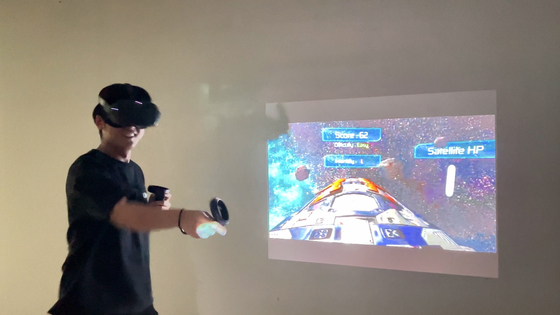 ElecSil is a bio-sensor wearable electrode technology that is expected to be widely used in wearable devices, smartwear, and clothing in the future because it stretches and bends together while being in close contact with the skin and lacks information enough to accurately measure the electrocardiogram of small mice.

In addition, it is a wearable flexible electrode pad that can read bio-signals such as heart rate measurement, electrocardiogram, and electromyogram by performing a role of connecting the human body and wearable devices by electrically sending and receiving signals.

It is characterized by making the ElecSil electrode, which is coated on clothing, into a simple patch type, and combining it with heat like pressing with an iron so that it can be easily attached to clothes. Currently, it will collaborate with Physiolab, a company specializing in biometric signal measurement based in South Korea, to introduce the first prototype before March next year after completing the first module development within this year.

“Like Wave Company’s ‘Electro-Tile Haptic’ tactile smart-suit linked to VR, which is currently being funded by crowdfunding platform Indiegogo, there is also a plan to develop electrode-integrated smartwear and protective pads that can collect user biometric information as well as touch electrical stimulation.”

It is widely believed that electrotactile stimulation, also known as electrical haptic stimulation, is theoretically capable of implementing up to five contacts (tapping, caressing, poking, weight, temperature, etc.), so it is expected to be used as a alternative to vibrations in games, education, and training.

In addition, Wave Company’s ElecSil electrode pad will be used on the diet waist supporter, a mid-frequency electric stimulation wearable device developed by Medsapiens, a physical therapy equipment developer. The electrode pad is composed of 12 electrodes and stably operated even when the output power is strong. A specific electrical stimulus is transmitted to the user according to the situation.

“We have doubled the number of electrodes that can be connected to one device compared to the existing electrode pads, and you can choose the desired electrical stimulation position, so you can feel a total of six stimulation types,” said Nancy Cho, CEO of Wave Company.